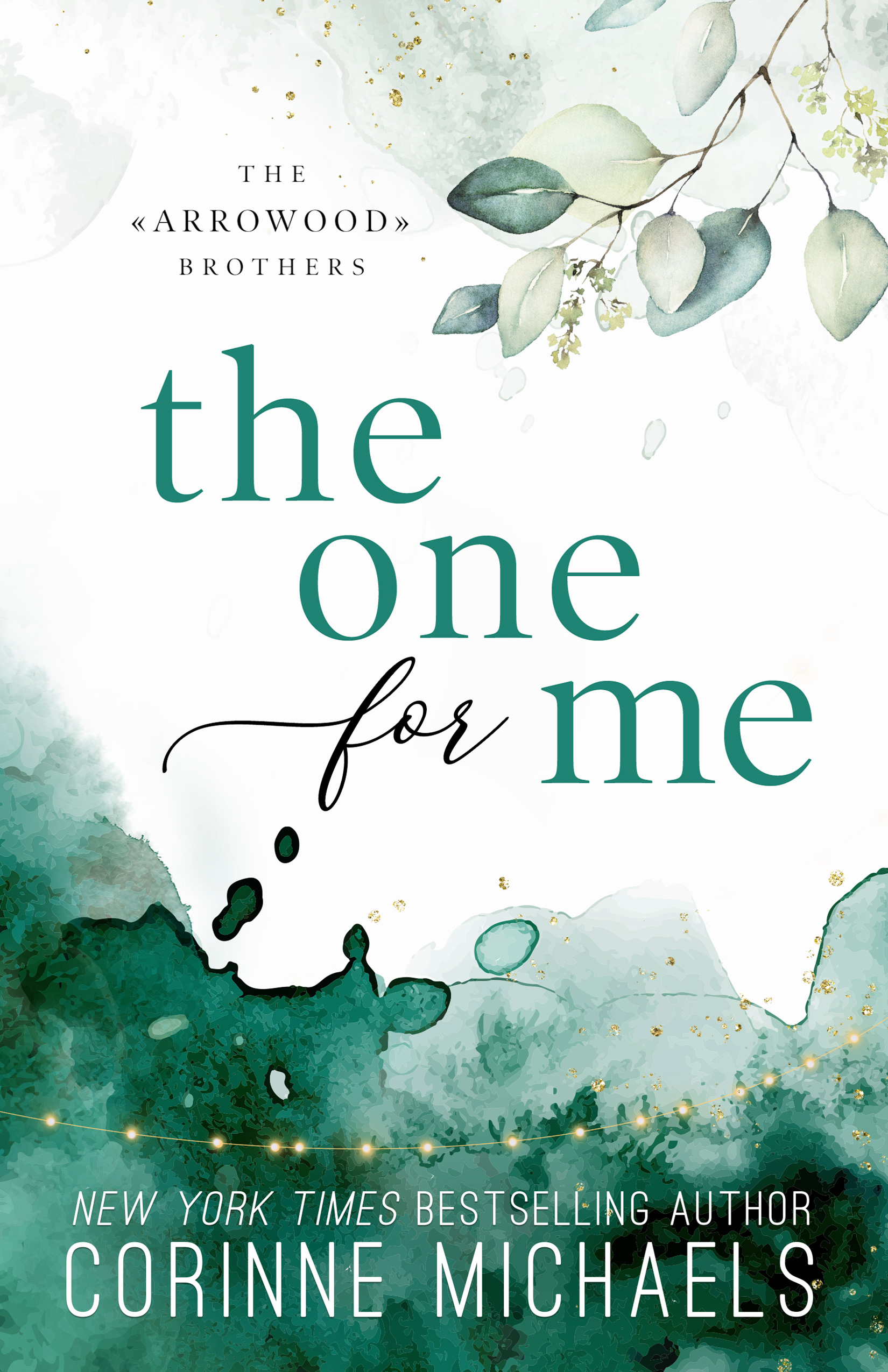 New York Times Bestseller Corinne Michaels brings you the third installment in the Arrowood Brothers Series. This endearing friends-to-lovers standalone love story is not to be missed.

Devney Maxwell has been my best friend since we were six years old, but she has no idea I’m in love with her.
Even when I’m on the road playing professional baseball, she’s my home—the only one I’ve ever known. But when I return to Sugarloaf to care for the family farm, I discover she’s trying to talk herself into a life with the wrong man … and I become desperate.

It only takes a single, perfect kiss to change everything.

I have six months to get it right with Devney—to convince her to leave this town and turn that kiss into forever.

I aim to do just that as I spend my days coaching her nephew’s baseball team, fixing up the farm, and loving her with all I have. Finally, it seems like our relationship is secure and we’ll find a way to make it work.

Then tragedy strikes… changing her life forever. She’s needed here more than ever, but as for me—there’s no way I can stay.

I know she’s the one for me, but I might have to let her go…

I start to make my way downstairs, but Declan calls my name. When I look back, he seems to waver with saying something. “I promised him I wouldn’t get involved,” Dec starts, and I tense.
“He told you.”
Declan nods. “I know Sean, and he doesn’t do something without thinking it through. I know you two have history and don’t want to complicate things, but for what it’s worth, sometimes complications become miracles.” He looks back toward the room where Sydney is. “And believe me, you want the miracles.”
“Sean and I will figure it out,” I tell him, not wanting to get into it.
“I’m sure you will.”
“Call me if you guys need anything,” I say and then rush out of the house.
Once I get in my car, I pull my phone out and look at the text.

Sean: Dev, we need to talk. I’ll be in Sugarloaf next week, and avoiding each other isn’t going to work. Call me.

My fingers hover over the keys because, while I claim the kiss was a drunken mistake, it wasn’t. What if that was all it was for him, though? I don’t know that I’m strong enough to hear that. Then again, it might be exactly the right answer.
Instead of texting him, I press the call button. Now is not the time to be a chickenshit. Declan is right, this is complicated, but I need Sean in my life. I always have, and I can’t keep pushing him away.
“Hey.” Sean’s deep voice fills my ears, sending a rumble down to my stomach.
“Hey. Sorry I didn’t respond or call, but . . .”
“But we sort of crossed the line the other night.”
I guess we’re going to get right to it.
I sigh as I stare out the window. “Yeah, we did.”
“I’m sorry, Dev. I don’t know what got into me. I never should’ve kissed you. It was a mistake. A horrible one that I regret so much.”
Those four words just broke my heart. I close my eyes to stop the emotions that are robbing me of breath and then let them go. It was one night, we drank too much, and things got carried away.
“It was,” I confirm.
Sean is silent for a second before saying, “It won’t happen again.”
There’s a strain in his voice, and I know I have to say something to salvage this. “We were drunk and . . . there’s been a lot going on for both of us. You’re my best friend, and I don’t want to lose that.”
“You’ll never lose me,” he says with promise.
“Good. Then, it’s fine, we’ll pretend it never happened and go back to the way things always have been.”
Sean laughs, but it sounds forced. “Sounds good to me.”
Sounds like hell to me, but what other choice do I have? Tell him that I want something more when he clearly thinks it was a “horrible mistake”? No. That would be stupid and reckless. Not to mention, I can’t leave Sugarloaf. There are things here that matter to me, more than my own heart. I have to be smart and think of what is important.
I look over at the clock and sigh. “I have to go. I’m heading to my brother’s for dinner and I have to be up at like four in the morning to see Austin’s baseball game tomorrow and . . .”
And I’m lying because I can’t talk to you right now.
“That early?”
“Yes. His game is early. You remember how those tournaments go.”
Even if there isn’t one, Austin will have something baseball related.
“Yeah, I remember. I talked to your brother the other day about working with the kids one-on-one. It’ll be good to help out and not be stuck on the farm, twiddling my thumbs or trying to learn about the damn cows.”
I smile, knowing Austin will absolutely love it. There’s nothing like getting to hang out with your idol. He adores Sean, mostly because he’s a famous baseball player, which is what he hopes to be some day.
“I’m sure the kids of Sugarloaf will be happy.”
“At least someone will be about me being back there.”
I stay silent because I was so excited when I found out he would be back for six months. I couldn’t wait to spend time with him and have my best friend around. I have Sydney and Ellie, but it isn’t the same.
They aren’t Sean.
They don’t know the crap I deal with from my mother or how much I wish I could be doing something different with my life.
Since Sydney gave me a raise, I’m a bit closer to that freedom. It helps because the sooner I can get out of my parents’ house, the better. I can’t stand being under their thumb, but with the student loans I racked up after my scholarships were cancelled, I haven’t been able to do it.
All that time and money wasted. I have a degree in architecture, and thanks to my piss-poor decisions regarding men, I have no chance of ever using it.
“All right. We’re okay?” Sean asks after I don’t say anything.
“We’re good.”
Other than I want to know if kissing you again will be like that night. Oh, and Oliver and I broke up.
“I’ll see you in a week,” he says.
The flutter in my stomach makes it hard to keep my tone even, but I manage it. “Can’t wait.”
Yeah, the next six months are going to be a test I pray I don’t fail.