It’s funny how much of your past defines your future. Things that maybe I thought weren’t significant, really were.

I lost my grandmother a month ago. I wrote this the day she passed away, but wasn’t ready to share it. A friend of mine just recently lost her grandmother, and I came back to read this. I decided to finally share. 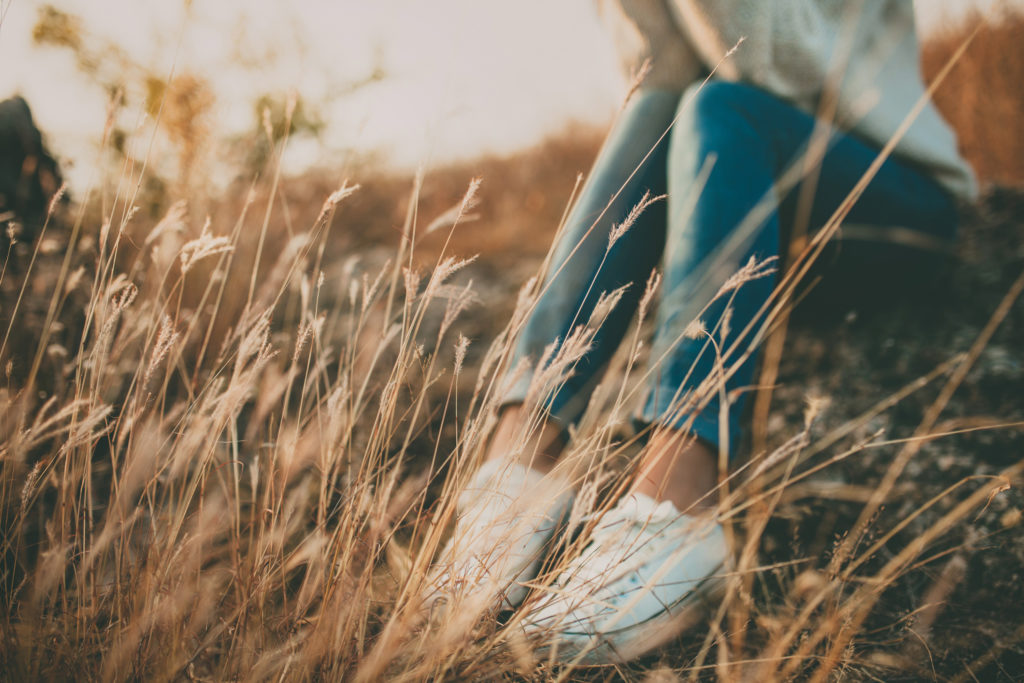 I sit here with tears streaming as I reflect back on my life. Moments that I didn’t think meant much at the time are actually a lot of what made me who I am. People who influenced me, molded me, taught me how to live.

My grandma wasn’t the bake cookies and let me tell you a story kind of woman. She was hard, tough, bruised and battered. She endured child abuse (although at the time no one would call it that.) She got married super young to get out of her house, and … we’ll get to that later. My point is, she wasn’t what I’ve always envisioned a “grandma” to be. She isn’t what society depicts a grandmother to be like.

But she was mine.

She loved my family the only way she knew how. It wasn’t always what we wanted, but there’s a void that only she could fill. But she’s now gone. And that void is gaping.

I’ve been pretty open that my father left when I was young. He was in and out when it was conveinent for him and often made my sister and I feel irrelevant in his life. It was on my mother’s shoulders to care for us. Each year there were two weeks where there was no camp for my sister and I, so we went to grandma’s. She lived on the NJ beachfront–literally. Her house overlooked the ocean, and we would spend those two weeks with her.

She was on husband number four. We couldn’t stand him. He definitely didn’t like us, but we would go kicking and screaming. Our friends were jealous we got to “vacation” on the beach and do what we wanted. However, the rule was … you’re not allowed inside if it’s not pouring rain. We hated it. No cable television, Sweltering in the sun, no friends, nothing to do but talk to my sister (who was soooooo not my favorite person when I was young.) She made us do hard labor as a way to keep us busy … try pulling dune grass for five hours because it spreads and you had to get the roots! When we were really young, she lived in a house that had TONS of clovers in the backyard. She would send my sister and I outside to “search for a four leaf clover”. We were dumb kids. We thought it was the greatest thing in the world.

Now, not so much. I hate weeds.

She made no apologies for who she was. She was judged. She was shamed. She had two kids, divorced when it was not acceptable, dealt with shitty husbands who were also abusive. She drank a lot (which as I type this I can understand). My grandma didn’t have an easy life. She loved CBS soap operas. She read read romance novels that I would steal as a kid. She smoked (I stole those, too). But I’ll never see her again. I’ll never be able to ask her what happened on As the World Turns. I won’t get to joke about how I took her cigarettes when I was fourteen because she left opened packs all over the house. Or how it was HER who defined my love for reading romance. I won’t be able to ask her about what it was like watching the news of Kennedy being shot or how my mom was like as a kid. (She told the truth).

Those things are gone.

My grandmother lived a crazy life. Full of mistakes, triumphs, and family. She was one of ten kids. She had two daughters, five grandchildren, four great grandchildren, and 116 nieces and nephews. She talked about sex toys at funerals, not kidding. She was who she was … take it or leave it. She made me laugh, embarrassed the shit out of me (see the above funeral talk), she was dirt poor and then extremely wealthy, she loved jewelry, gambling, going on cruises, and made the best pea soup. I’m going to miss that pea soup.

Loss isn’t easy, and even though I write about it in my books, this feels different.

In the end of her life, we weren’t close. But when I visited her last, she told me how much she loved me. She read all of my books. Truth be told, she was one of the biggest fans in my family. She told me that she lost count of how many times she read my first duets. I gave her Defenseless and Say You’ll Stay the last time I saw her. I’m holding the book in my hand with the bookmark of how far she got into Defenseless with tears in my eyes. I want to tell her how it ended. I want to lie and tell her how the frog thing was really about her, even though it wasn’t. I want to go back in time and visit with her, even though she was difficult. I should’ve done that.

I’m feeling guilty for all the things I didn’t tell her. Like how she’s shaped a huge part of who I am. How the struggles she endured gave me the ability to be the woman who tells stories like she would read. I hope she knew that. I hope that as we all stood around her bed, she felt the love that I have for her.

And I hope I make her proud.

k BB
Ready to find your next favorite read? Discover
📚 Help Me Remember by Corinne Michaels The enti