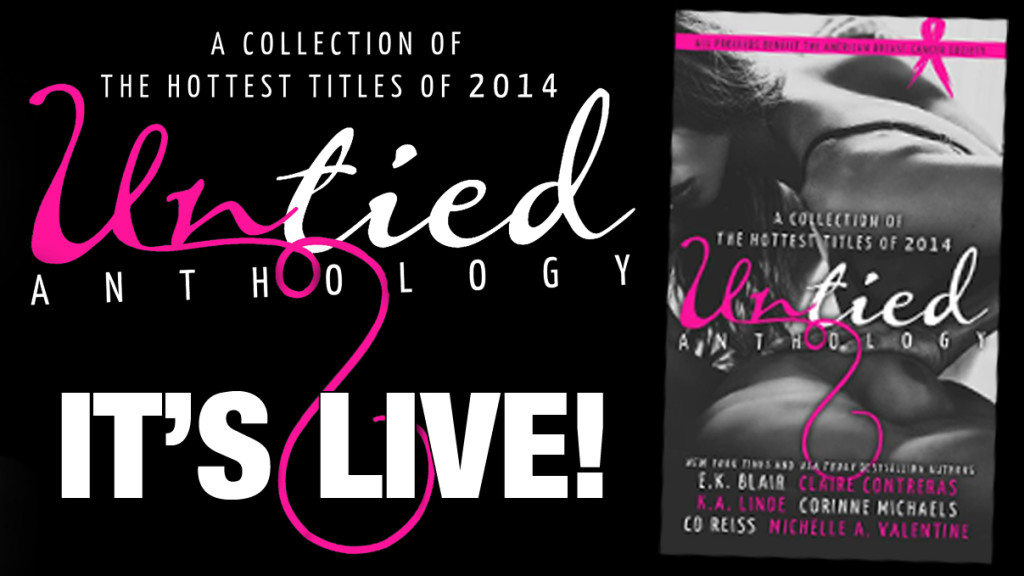 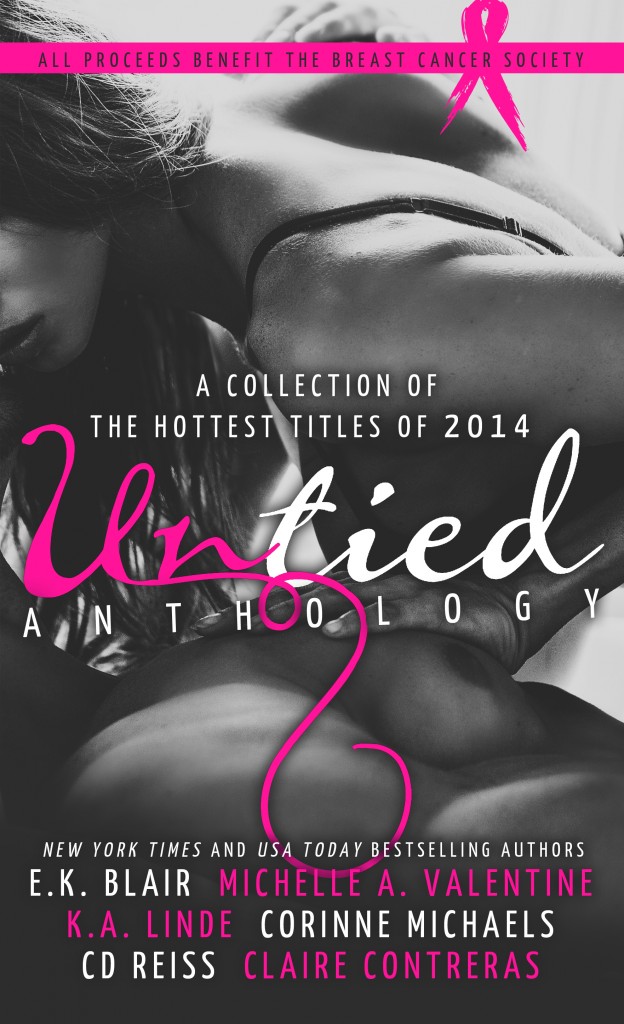 AVAILABLE for a LIMITED TIME!

What do you want?
Do you want sex? Do you want love, happiness?
Or maybe you want a little suspense?

Could it be you don’t know what you want? Could you be in just the right frame of mind to get mind-fucked until you’re looking at your kindle with tears in your eyes asking … What the hell just happened?

Maybe you’re ready to have it all?

Good. Because you’ve come to the right place.
These six best-selling authors have bound together the hottest romance novels of 2014.

Get ready to get Untied.

100 percent of the proceeds go to The Breast Cancer Society.

BANG by E.K. Blair, New York Times and USA Today Bestselling Author
They say when you take revenge against another you lose a part of your innocence.
But I’m not innocent.
My innocence was stolen from me. Taken was the life I was supposed to have. The soul I was born with.
Until now.
I’m ready to take back what was always meant to be mine.
But every plan has a fatal flaw. Sometimes it’s the heart.

THE DEVIL’S CONTRACT by Claire Contreras, Bestselling Author
Features an EXCLUSIVE Bonus scene from There is No Light in Darkness only available in this anthology.
They say one wrong turn can turn your life to flip inside out, but to Amara Maloof, it was the only turn she could take.
The choice was simple: Her or her family. The outcome… not so much.
Thrown into a world of promiscuity and mystery, Amara finds herself stuck between her old life and a new one, where sex is a requirement and secrets can be deadly.

TAKE ME FOR GRANTED by K.A. Linde, USA Today Bestselling Author
Grant has never needed a chick for more than a good lay. Why would he need just one when he can have a different one every night? Until she walks into his world. Aribel has worked hard for what she wants, and does what’s expected of her. She doesn’t need anyone to get in her way. Until he opens up her world.

BELOVED by Corinne Michaels, Bestselling Author
Features an EXCLUSIVE Bonus Chapter only available in this Anthology
Catherine Pope is done letting men into her heart just to end up alone. Then she meets Jackson Cole. She can’t easily ignore the sexy, former Navy SEAL — even though he could destroy her forever. His training never prepared him for the battle to win her heart but is he willing to fight that war? When the truths are exposed they’ll have to decide if they’re truly each other’s beloved.

KICK by C.D. Reiss, USA Today Bestselling Author
Features a preview of the Songs of Submission Series
Fiona Drazen, sex addict, submissive slave, celebutante, trapped in a mental ward until Dr. Elliot Chapman can help her remember why she’s there. But once she does, she might not want to go home to the Master she tried to kill.

PHENOMENAL X by Michelle A. Valentine, a New York Times and USA Today Bestselling Author
The newest superstar of professional wrestling and a sheltered good girl fight the explosive chemistry building between them until one lustful night changes everything. 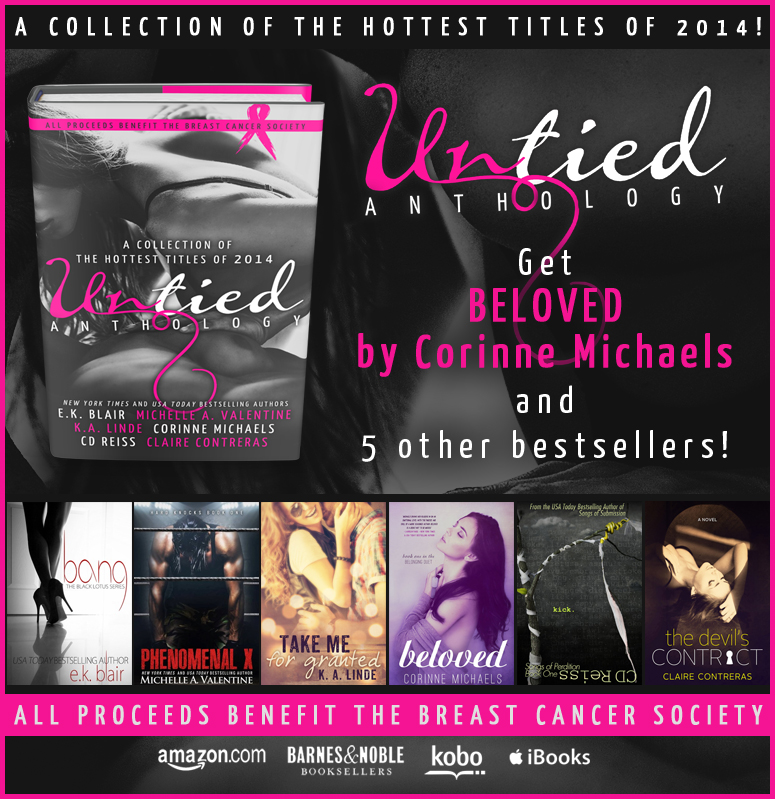